Get 1-week access to Watch the Film + intro from the directors + extras.

Also, stay in touch to learn how this story unfolds & how you can continue to be involved.

"An important film with heart and soul.”

"a wonderful film on the most optimistic and positive path to save this planet.”

What is one word from your ancestral language

which changed your life & which you can offer to humanity as medicine to heal our relationship with the Earth?

In his uplifting and internationally-acclaimed short film One Word Sawalmem, Michael “Pom” Preston of the Winnemem Wintu tribe of Mt. Shasta, California gives us a rare look into the life of local Native wisdom keepers – people who hold humanity’s most intimate knowledge about how to live in balance with the Earth and how to thrive with the natural world.

The film invites us  to consider how the healing of the planet could be facilitated by shifting our relationship with the Earth – from the current mainstream economic one based in exploitation and domination, to the type of relationship that human beings have held dear for tens of thousands of years - a sacred one that is based in respect and reciprocity.

Released in March 2020, One Word Sawalmem was a finalist in the short film program of the Tribeca Film Institute, won a number of awards and was selected for 40 festivals in Argentina, Australia, Bolivia, Bhutan, Brazil, Canada, Chile, the Czech Republic, India, Japan, New Zealand, Singapore, Spain, Switzerland, the UK and the US.

If you would like to screen One Word Sawalmem at your school, university or organization please contact us here.

If you would like to be notified of our next public online screening, you can stay in the loop here.

Hear what students, teachers, elders, activists, filmmakers and other humans are saying about One Word Sawalmem.

"You set out to make a film, but what you're weaving is community." 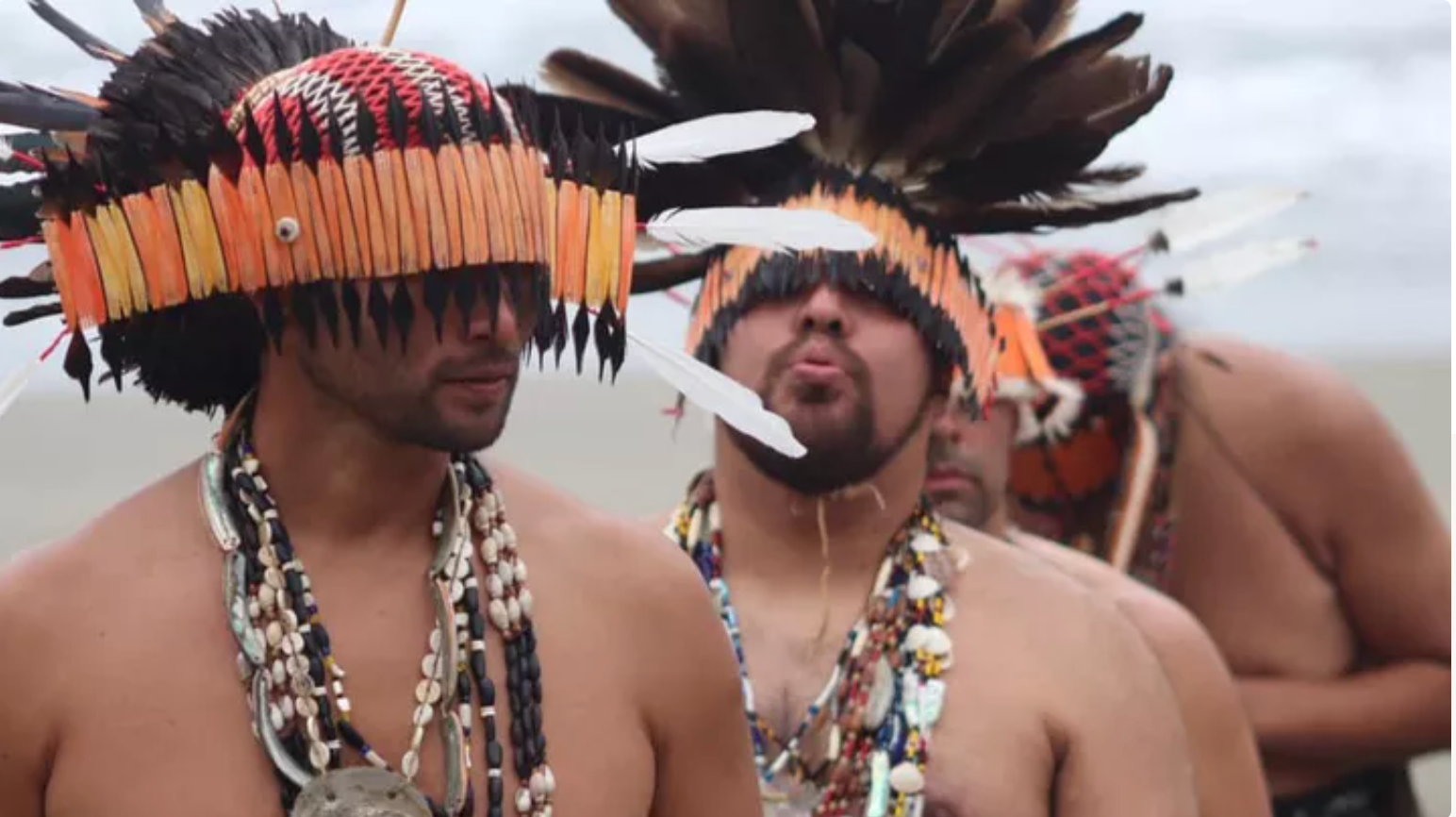 A special invitation for people who have been touched by the film.

The story continues to unfold.  Learn how you can be a part of it.

As human beings we know that when we live in reciprocity with nature, we all benefit.  We understand that everything in nature is interrelated.  Some of this traditional ecological knowledge, which is humanity’s most intimate understanding of the Earth’s ecosystems, has been preserved over millennia around the world in pockets of what is known as indigenous wisdom.  Most of it is not written down and lives, breathes and grows inside of people, in their interactions with the land, the river, the forest – and in their ancestral languages.  This understanding is so vital that even though indigenous people currently comprise less than 5% of the world’s population, by using traditional ecological knowledge they are protecting 80% of the global biodiversity.

This is why, in 2019, UN climate scientists declared that protecting indigenous land rights was vital to reversing the climate crisis.

However, these essential lessons are currently under-represented in young people’s lives.  At school, students don’t have many opportunities to dive into traditional ecological knowledge -- into the rich history of humanity which offers clear paths for living and working within the balance required by natural laws.  In fact, they don’t have a chance to spend much time in nature at all.  Even though time outdoors is also critical for healthy development and wellbeing, today children spend less time outside than prison inmates.  The average American spends 95% of their life indoors.

So the question becomes, how might we complement current education with traditional ecological knowledge?  In other words,  how might we help young people gain an understanding of how to protect the balance that has always been required by natural laws.  How do we help them be better prepared – regardless of their field of  choice –  to heal our relationship with the Earth?

This is our challenge and our opportunity.

Be part of the healing.

Stay in the loop of One Word screenings, actions and events. Learn about opportunities to sponsor the film's outreach, produce more films, host a screening, distribute the films to your audience, have us come speak at your event, share it in your classroom and more!

Sawalmem could help us unravel the climate crisis we’ve created…

For Winnemem Wintu young man Michael "Pom" Preston Sawalmem represents an entire worldview, a vital vision for healing the world and for healing from the legacy of the Shasta Dam that, since the 1940s, has harmed salmon and the Sacramento River and the Winnemem Wintu people of Shasta Mountain, California.

As a student of environmental studies at UC Berkeley, Michael did not feel heard. He felt he was being told that his indigenous viewpoint was irrelevant.

The time has come to listen to Michael and to the Winnemem Wintu tribe.

In violation of state law, against all scientific reason and risking contamination of Northern California’s water supply as well as “ethnocide” against the Winnemem Wintu people, a Shasta Dam raise is being fast-tracked by the Trump administration, U.S. Bureau of Reclamation, and Westlands Water District.

Michael dances in tribal ceremonies on Mount Shasta to stay strong in this latest battle as a warrior for Sawalmem.

A vision of the return of the salmon to their ancestral home waters and the restoration of the largest river in California, the Sacramento.

The spiritual is political. 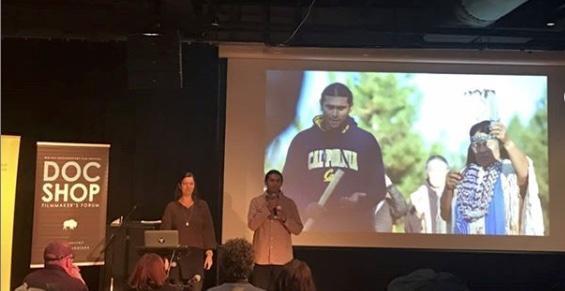 I come from the Winnemem Wintu tribe. My mother is Caleen Sisk, the chief of our tribe and our spiritual leader. Winnemem means Middle Water and Wintu means people: so, we’re the people of the middle river, the McCloud River of Mt. Shasta in the Wintu territory.

Natasha and I met at a conference at the site of an old Coast Miwok village in what’s now Point Reyes, California.  She told me about her idea to invite a young indigenous person to direct a film with her and share one word from their ancestral language that had changed their life and which they could offer to humanity as a remedy to heal our relationship with the Earth.  I believe this connection was made through spiritual alignment and I knew my word instantly.

Sawalmem, "sacred water," is how we’ve always been in relationship with water. Coming from Northern California, where water is abundant, the tribe decided it was time to share the meaning of Sawalmem to help change the misconception of water as "resource" to water as sacred life giver. As a member of my tribe, I decided to do my part in sharing this with the world, and so I stepped into the adventure of becoming a first-time film director with full authorship and creative authority, with the support of Natasha’s filmmaking experience and under the guidance of my tribal leadership.

The path for a "non-native" filmmaker wanting to be an ally in indigenous storytelling is a delicate one. It requires extra layers of relationship building, trust, access, patience, humility, alignment and collaboration.  But this story is deeply personal for me and is worth all that, and more.

As a child growing up in Caracas, my parents took me into the wilderness of Venezuela to meet people who lived in tribes on their ancestral lands. For me, those trips were like visiting islands of sanity. It made so much sense to me that they drank from their pristine rivers and that they gave thanks to the water. That water not only quenched me, but started to heal the wound of living in a city which treated the river as a dump.

Today, as the mother of a Californian teen girl who was born and raised downstream from Pom's tribe, I wanted to give her the same opportunities that my parents gave me - to learn directly from people who still retained humanity's most intimate knowledge of how to live in reciprocity with the Earth.

I decided to offer any skills that I may have developed as a director in service of Pom, my co-director, so that his voice could emerge clearly and authentically - in a way that offered him full authorship and creative control, even though this is his first film.

In short, that I would come to make this piece is natural, and in some ways, inevitable.

Watch the original film at home or school on demand

Home or Personal Use

All funds go towards helping us reach a larger audience with our film and, eventually, to producing additional films in this series.

"An important film with heart and soul.”

"a wonderful film on the climate crisis with a dedicated journey on the most optimistic and positive path to save this planet.”

“ a film of great power and purpose – it explains the Indigenous understanding and knowledge of the interdependence amongst all life on this planet.”

"wonderful use of a personal story to address a global issue."

"this film brought the sacred into the conversation. I was engaged the whole time."

"spirituality in an academic world, trying to teach a collective worldview of how the Native cultures are important & taking that spirituality and applying it to environmental issues & how we should be caring for them."

"a film that aims at a fundamental task of the 21st century: the need to relearn to live in harmony with the planet".

"Who are we? Where are we? What did we create? These big questions are taken with simplicity in this beautiful journey. The film doesn't provide us the answers, but encourages us to find them… “

"As timely as it is illuminating. Reminding us that there is a different way to see and approach our world by awakening to the interconnected nature of all things.  The film delivers a powerful message. "

"an important message of indigenous wisdom - and how the collective actions of people can heal our planet. As humans, we need to step into the flow of our natural world, listen carefully and respond with care and responsibility"

“an inspiring movie that makes you connect with nature from a new point of view – more intimate and more spiritual.

“inspires even the most uninformed to start their journey of saving our planet.” 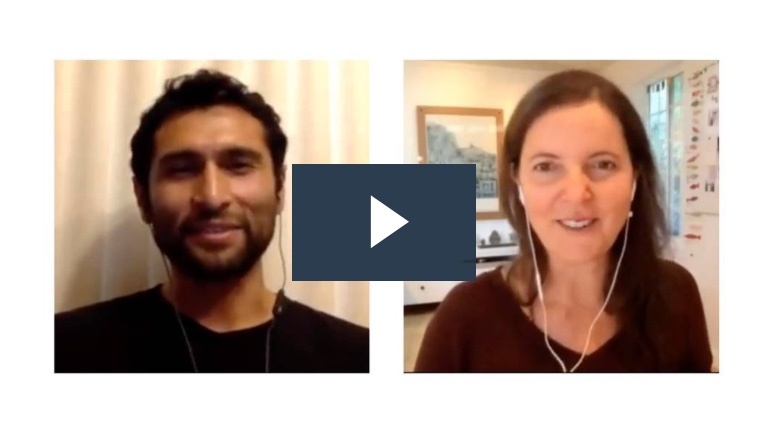 How the Story is Unfolding